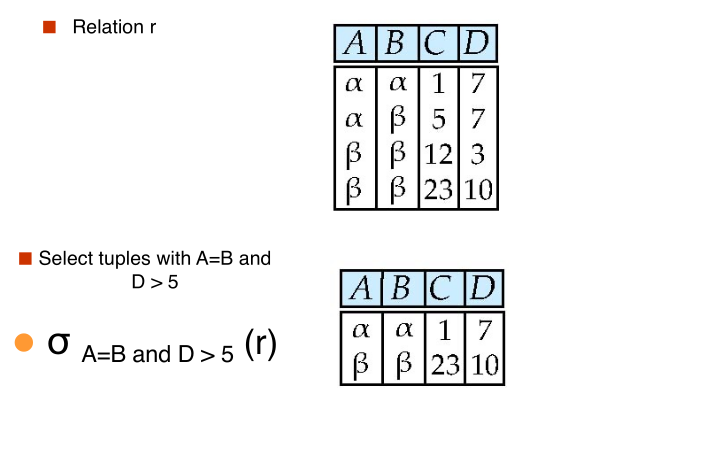 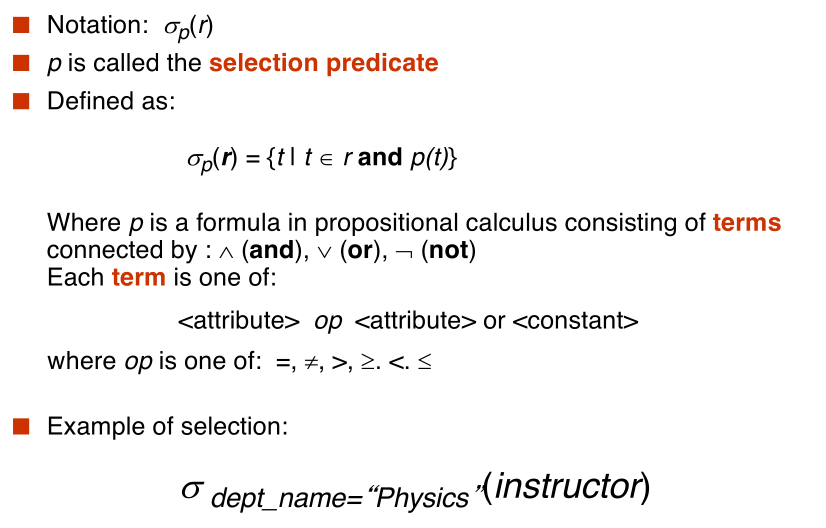 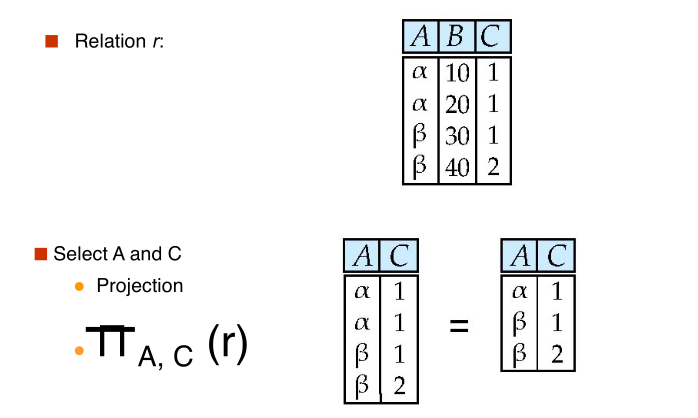 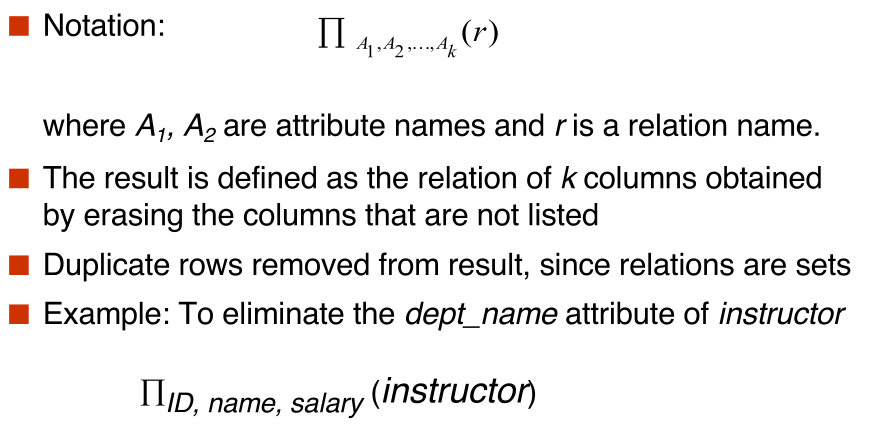 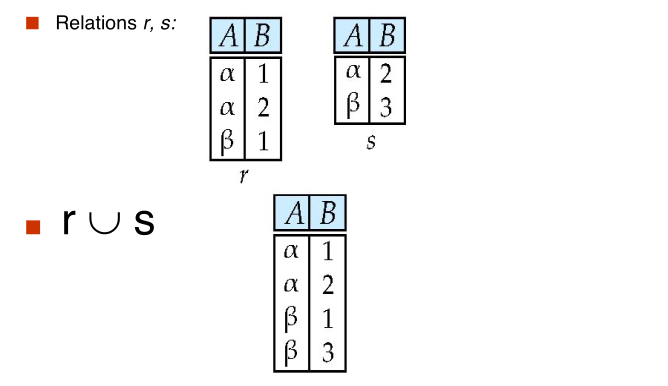 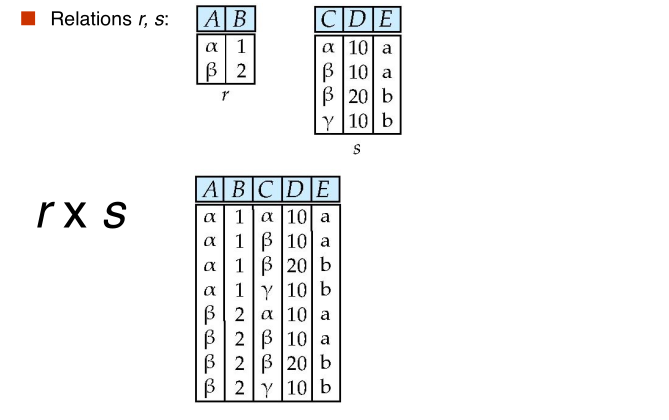 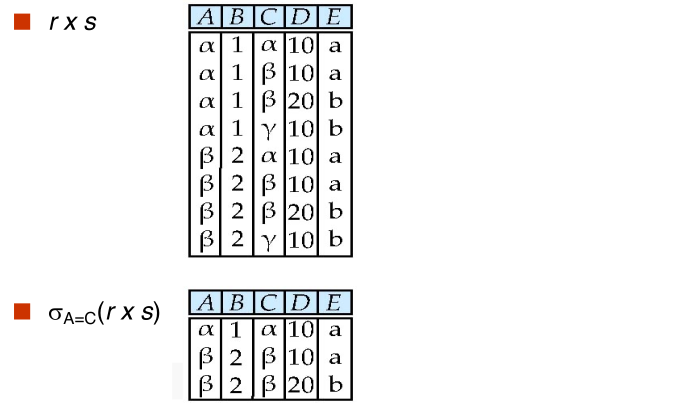 Allow us to rename, and therefore to refer to, the results of relational algebra expressions.

Allow us to refer to a relation by more than one name.

example: $\rho_X(E)$ returns the expression E under the name X

A basic expression in the relational algebra consists of either one of the following:

We define additional operations that do not add any power to the relational algebra, but that simplify common queries 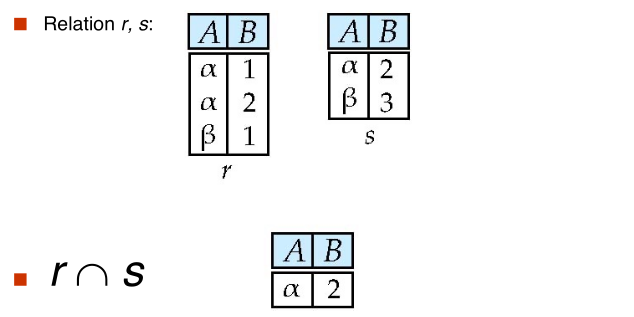 Let r and s be relations on schemas R and S respectively. Then, the "natural join" of relations R and S is a relation on schema $R \cup S$ obtained as follows: 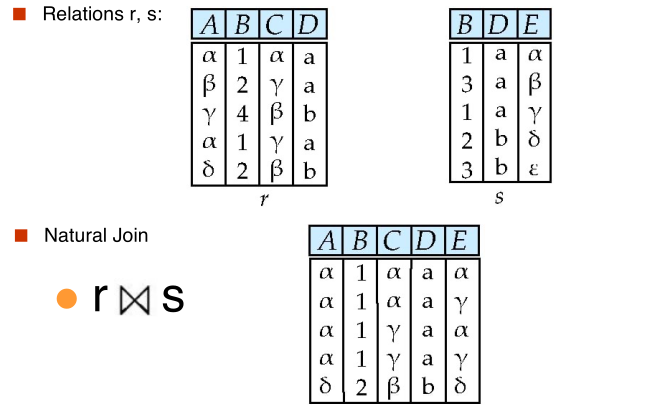 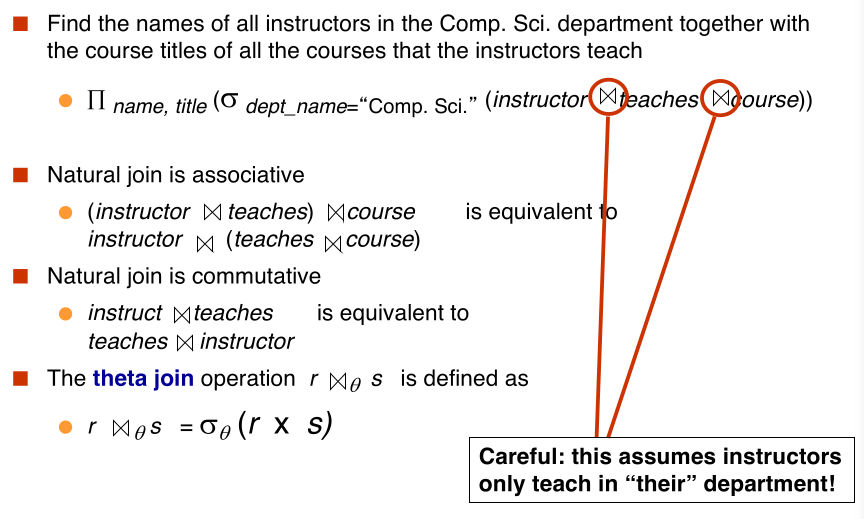 Assignment must always be made to a temporary relation variable

An extension of the join operation that avoids loss of information 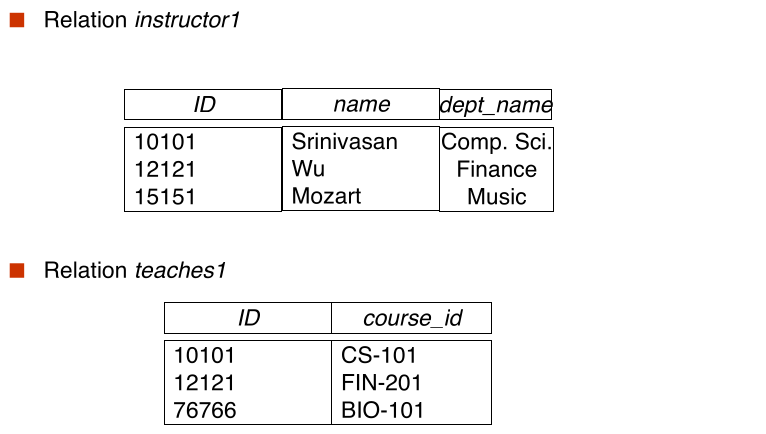 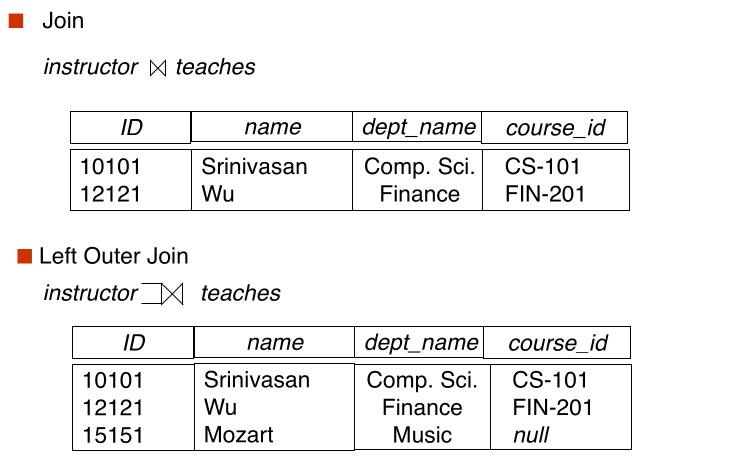 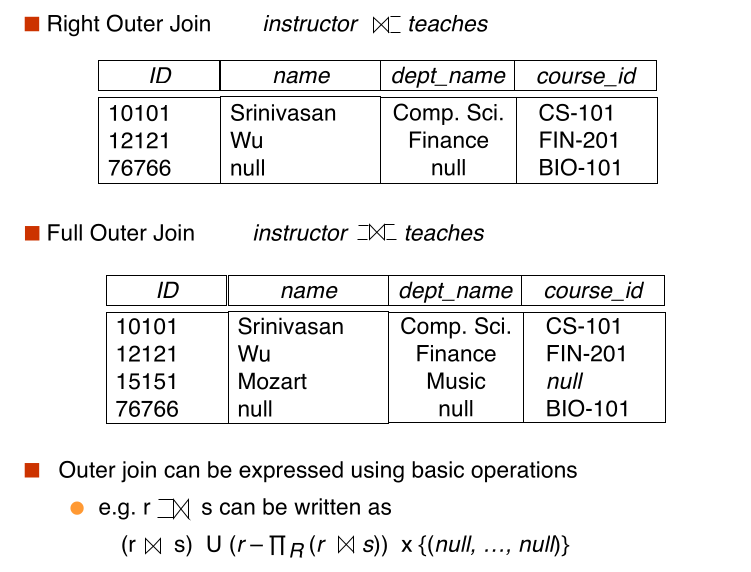 then $r \div s$ gives us students who have taken all courses offered by the Biology department. 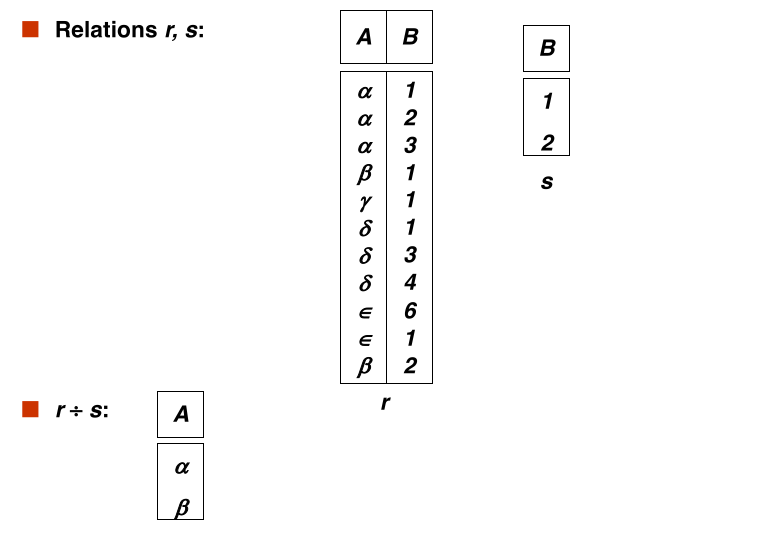 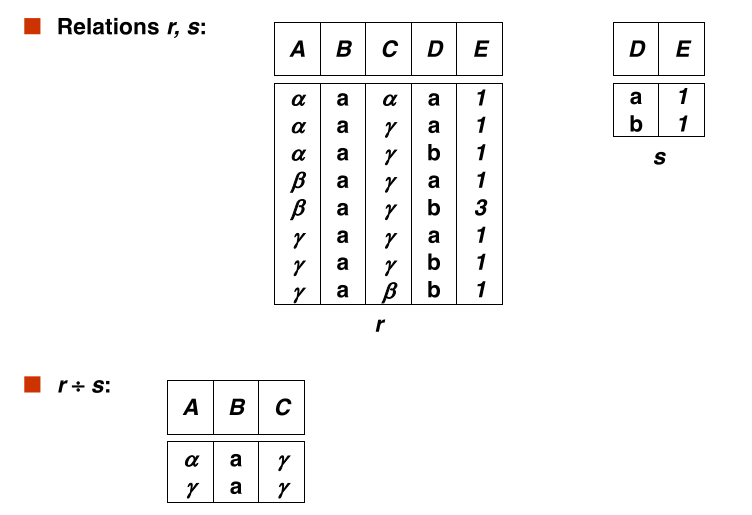 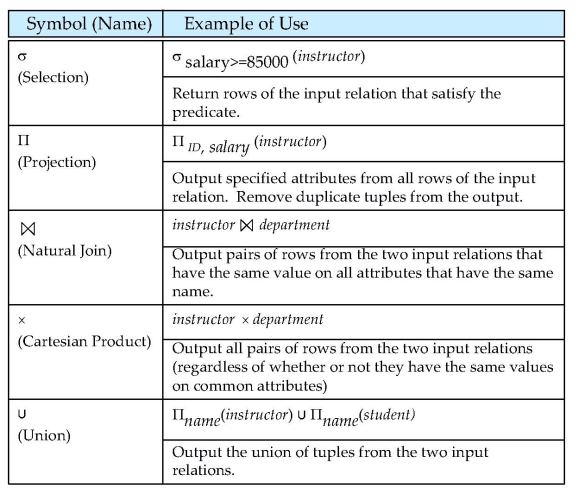 E is any relational-algebra expression Each of $F_1, F_2, \cdots, F_n$ are arithmetic expressions involving constants and attributes in the schema of E

E is any relational algebra operation

Note: some books/articles use $\gamma$ instead of $\mathcal{G}$ 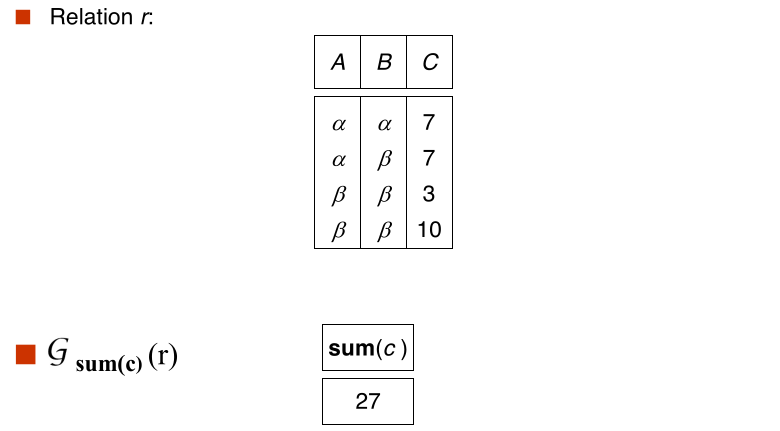 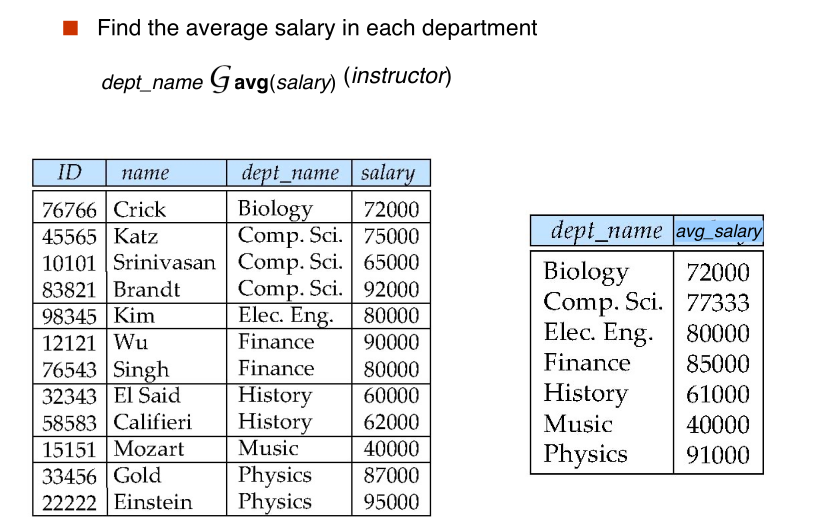 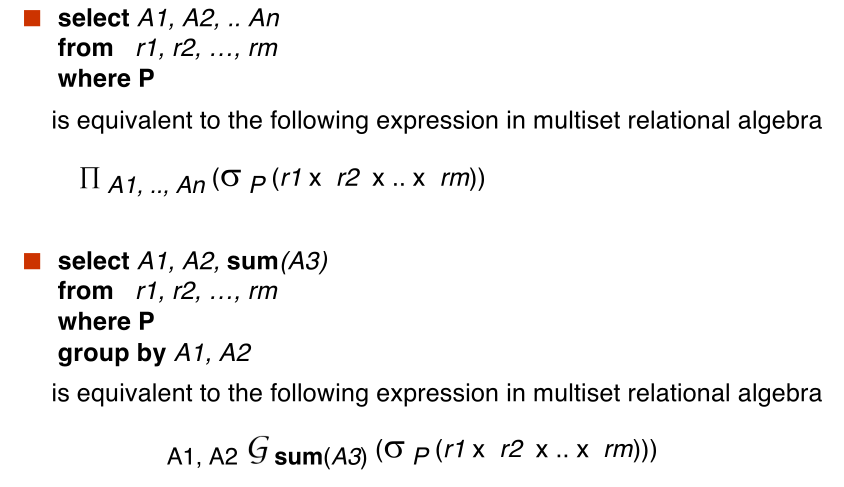