One of the great tools I found useful for learning normal form:
http://www.ict.griffith.edu.au/normalization_tools/normalization/ind.php

Relational database design requires that we find a "good" collection of relation schemas. A bad design may lead to 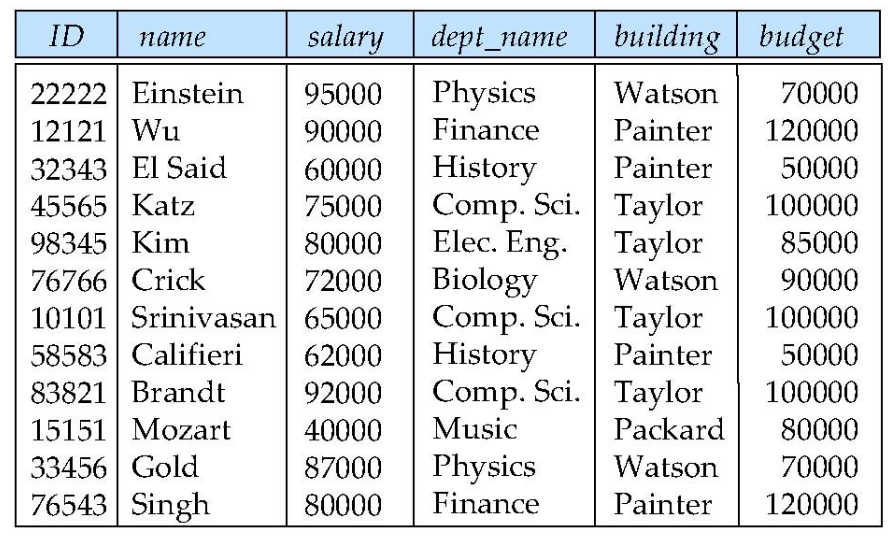 An example of bad database design

Suppose we had started with inst_dept. How would we know to split up (decompose) it into instructor and department?

Write a rule "If there were a table (dept_name, building, budget), then dept_name would be a candidate key"

In inst_dept, because dept_name is not a candidate key, the building and budget of a department may have to be repeated.

Not all decompositions are good. Suppose we decompose 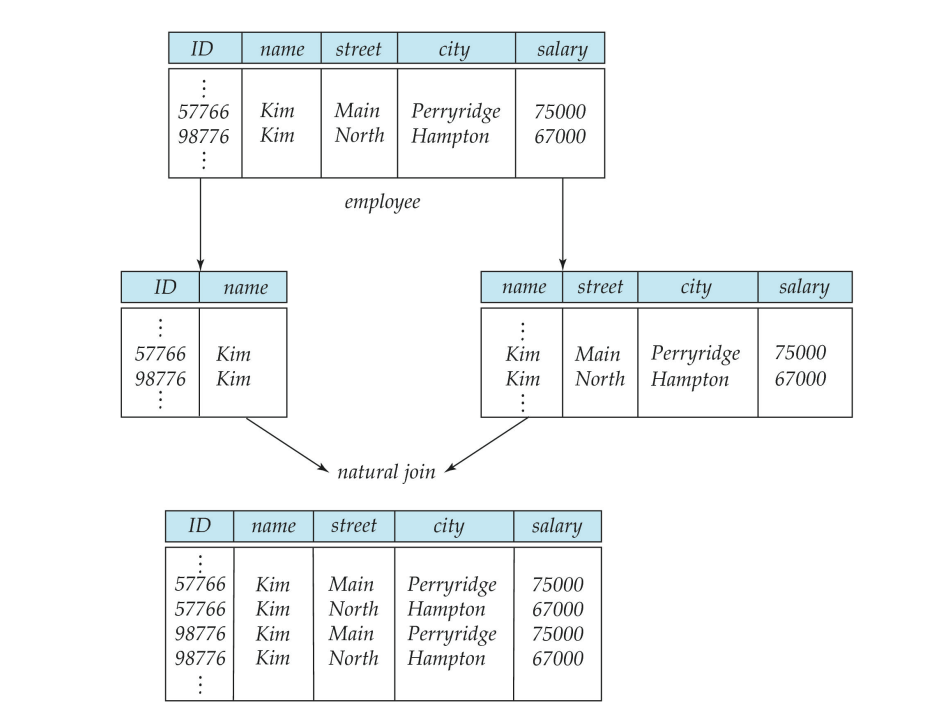 An example of lossy decomposition

And please be careful, you cannot decide this by just looking at the data!

#Goal — Devise a Theory for the Following

Decide whether a particular relation R is in "good" form.

Our theory is based on:

#Closure of a Set of Functional Dependencies

The set of all functional dependencies logically implied by F is the closure of F.

#Decomposing a Relation into BCNF

Constraints, including functional dependencies, are costly to check in practice unless they pertain to only one relation.

Because it is not always possible to achieve both BCNF and dependency preservation, we consider a weaker normal form, known as third normal form.

If a relation is in BCNF it is in 3NF.

Let R be a relation scheme with a set F of functional dependencies.

Decide whether a relation scheme R is in "good" form.

#Closure of a Set of Functional Dependencies

We can find $F^{+}$, the closure of F, by repeatedly applying Armstrong’s Axioms: 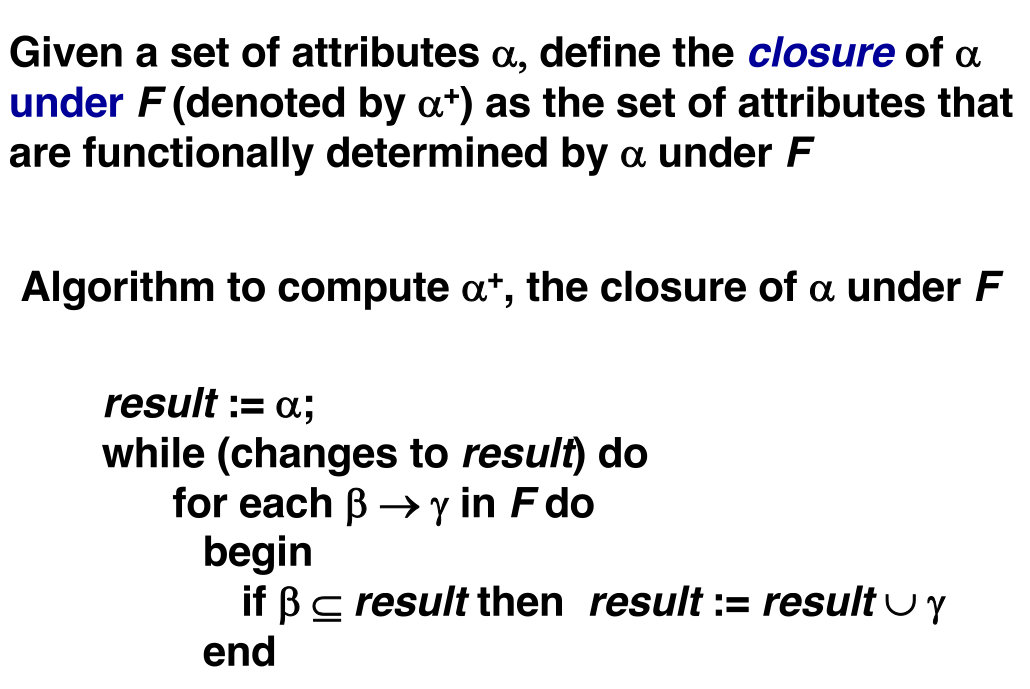 There are several uses of the attribute closure algorithm: